If predation is not a virtue, than neither is altruism a virtue. Indeed, they are different sides of the same coin. While the former sacrifices others, the latter sacrifices the self. Both negate the value of human life & undermine the achievement of individual dignity.

Egoism, properly understood, celebrates life of all people & allows individuals to discover valuable ways to serve the interests of others through voluntary arrangements while serving their own interests… .

Yet institutions grounded in individualism allow voluntary interactions that lead to discovery of justice, peace & prosperity… .

Democracy is NOT an end; it is a means to fulfill self determination for a group or county but, most importantly, for individuals.

Becoming a “slave” to a State run by local people may not be an improvement over being enslaved by colonial masters.

(With apologies to Arlo Guthrie & his hit, “Alice’s Restaurant”…)

Keynesian economists offer a model whereby life is like a restaurant.

First, you decide what you want, followed by your order. After you have eaten it, you pay for your meal. As such, consumption can precede production, which is the effort or input whereby you have the resources to pay for what you wish to consume.

But real life is actually like a cafeteria. First, you decide what you want, followed by your order. Then you can eat only after you PAY for what you choose.

Such as it is, life requires production along with delayed gratification, in the form of saving, before consumption can occur. However, macroeconomic “stimulus” policies that involve credit being created out of “thin air” imply that consumption can precede production.

Following this warped logic, the modern welfare State operates relying on redistributive legerdemain that allows some to consume what is taken from others that produce.

Frederic Bastiat created a parable that identified what has become known as the “broken window fallacy” wherein he points out why destruction cannot create net economic benefits.

Alas, this fallacy lives on in the minds as is evident in the pathetic suggestion by New York Fed President William Dudley who stated in response to the recent impacts of hurricanes that made landfall in the USA: “The long-run effect of these disasters unfortunately is it actually lifts economic activity because you have to rebuild all the things that have been damaged by the storms.” 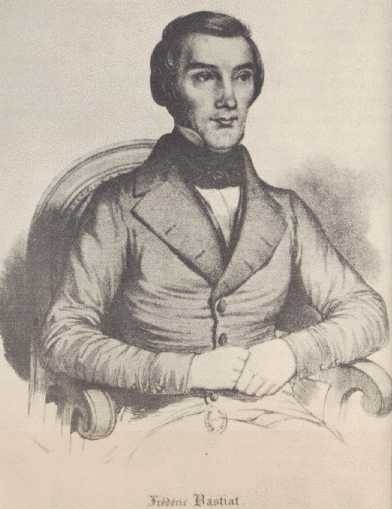 QUESTIONS FOR US VOTERS, ESPECIALLY MILLENNIALS:
Do you see the role of the private sector to be to transmit revenue to the public purse & should the government have 1st claim to your personal income … ?

Should taxation be viewed as charity & that we should provide some of what is ours’ for the greater good of the rest of a community based on what someone else thinks is “fair” or reasonable … ?

Besides using the tax code be a passive sump pump for the extraction of revenues, do you embrace greater legal prosecution & punitive actions by government enforcement agencies (e.g., Justice, Labor, the NLRB & Consumer Financial Protection Bureau) … ? It is discouraging that politicians of all parties attract so much support for their proposals to limit trade … these protectionist instincts betray a nasty nativism & naivete about economic realities … the following quote from Henry George (“Protection or Free Trade”, 1886) offers a good reality check:

“Blockading squadrons are a means whereby nations seek to prevent their enemies from trading; protective tariffs are a means whereby nations attempt to prevent their own people from trading. What protection teaches us, is to do to ourselves in time of peace what enemies seek to do to us in time of war. No other nation can thus injure us so much as we shall injure ourselves.” 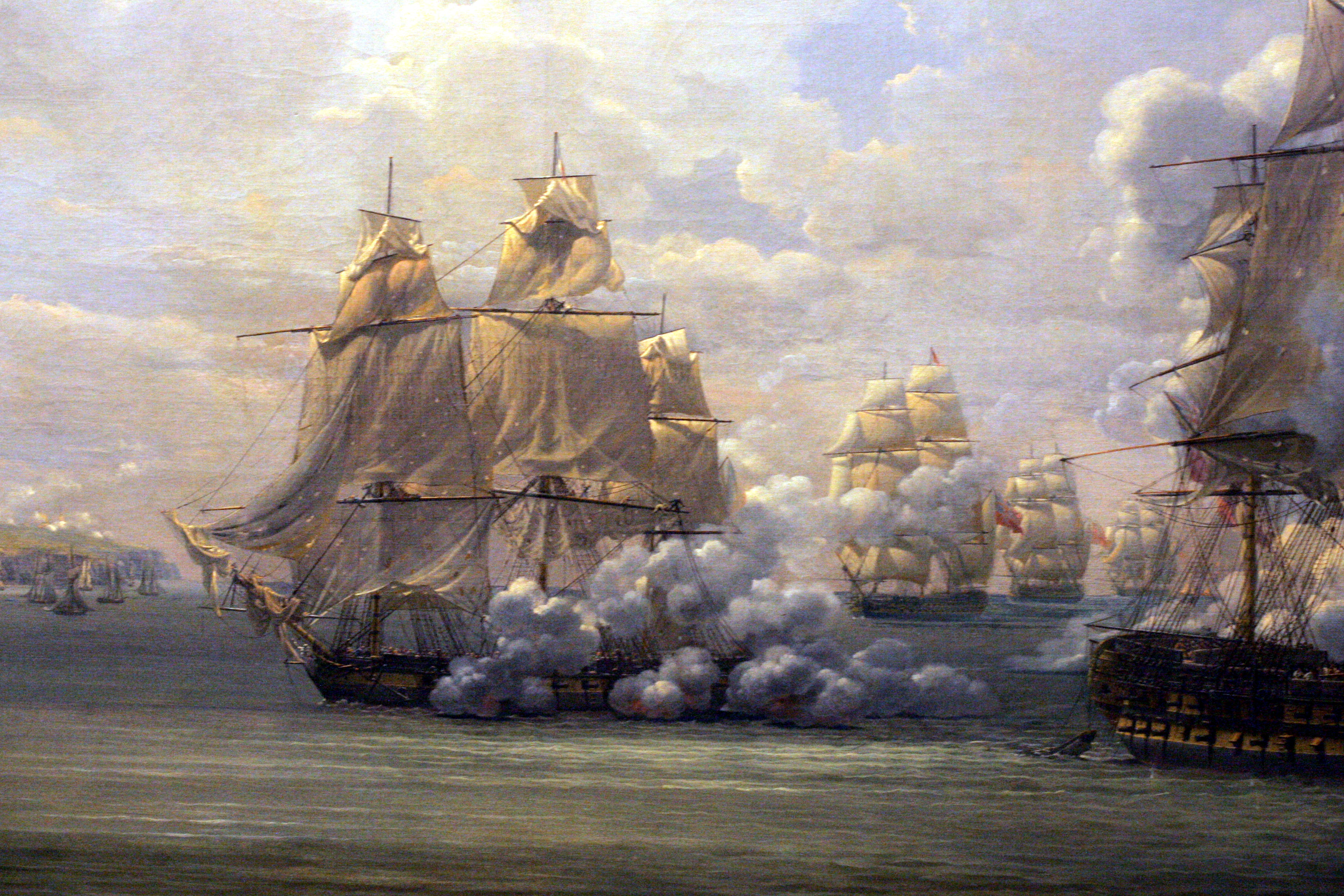 One of the reasons that central bankers are desperate for rising price levels is so that the biggest debtors, governments, will see the burden of their debt diminished. This outcome involves defrauding creditors that is also being pursued by currency devaluations/wars that may eventually lead to outright default.

As a cover story for this subterfuge, central bankers insist that indebted individuals will benefit from relentlessly rising price levels. But this claim ignores the offsetting effects of “financial repression” whereby obscenely-low interest rates punish savers, especially pensioners and other groups that live from savings.

Meanwhile, assertions of the dangerous effects of deflation overlooks the most obvious of realities. That is that after the popping of a massive asset-price “bubble” with wildly distorted prices that overshoot underlying values, prices should go down!

Meanwhile, artificially-low interest rates spawned a global glut of liquidity that has contributed to rising excess capacity in many industries that puts a lid on prices or put downward pressure on them.

At the same time, central bank policy sparked the “financialization” of the economy in that most capital is being diverted to financial instruments (bonds, etc) rather finding its way into the “real” sector where factories are built & jobs created. With few new jobs being created, it is no surprise that aggregate demand has slumped.

Virtually all of the current economic and financial problems can be traced to central bank policies that caused a proliferation of bubbles and are now responsible for the continuation of economic malaise.

After years of interventions in foreign currency markets to hold back market forces, China’s government tried to arrange an orderly retreat. It began by devaluing the Chinese Yuan on August 10, 2015 by 1.9%, the largest single-day move since 1994.

While there is no evidence that currency depreciation change economic fundamentals to create sustained long-term economic growth, there is some evidence of short-term benefits.

While domestic prices and wage rates take time to adjust to changing conditions brought about by devaluation, earnings from foreign trade and tourism tend to rise more rapidly. As long as this adjustment process remains incomplete, exports tend to rise while imports tend to diminish since exporting a given amount goods buys less than before the devaluation

Eventually, as consumers and firms of the devaluating country discover they earn less for what they export and pay more for what they import; they reduce consumption.

As it is, gains from devaluations will be offset by adjustments in production and consumption based on economic realities as evidence in relative prices.

Yet even these short-run gains are likely to be illusory due to other adjustments triggered by the devaluation.

Consider the impact on China’s offshore debt market. For their part, Chinese enterprises are unlikely to hedge their offshore debts against currency fluctuations since doing so involves costs. In turn, past interventions by the People’s Bank of China in foreign-exchange markets have created a “moral hazard” that is likely to be very costly.

Bloomberg reports that the offshore debts of China’s enterprises are about $529 billion or about ¥3,235 billion before the devaluation, rising to ¥3,295 billion afterwards. This change in exchange rate caused the principle to increase by about ¥60 billion.

A Wall Street Journal report indicated that the average interest rate for offshore Chinese debt is above 8.00%. As such, the $529 billion in offshore debt owed by local enterprises requires annual interest payments of just over $42 billion.

Interest payments before the devaluation were about ¥258 billion, rising to ¥263 billion after the devaluation, so that offshore financing costs rose by 5 billion Yuan.

Meanwhile, the PBOC is now trying to curb the Yuan’s depreciation. The key factor behind pressures on the Yuan is a sharp decline in the rate of growth of exports with the annual rate of growth falling to minus 8.3% in July from 2.8% in June. In turn, China’s growth slowdown seems to have sparked capital outflows with foreign-exchange reserves down by $192 billion over the past seven months.

As evidence that no good deed goes unpunished, the initial move by the People’s Bank of China to allow market forces to determine the value of the Yuan sparked a rout. Over the five trading days after the devaluation, China’s currency fell by another 2.9% to 6.3947 per dollar.

But continued market-driven depreciation induced the People’s Bank of China to reverse course and begin intervening to “stabilize” the Yuan. Given that Chinese enterprises owe $529 billion in dollar and euro bonds and loans, the initial 1.9% devaluation will cost an additional $10 billion that will reduce China’s foreign-exchange reserves by like amount. Of course, the losses will rise if the Yuan weakens further.

On its face, this is not such bad news since China’s foreign-exchange reserves are estimated to be between $3 trillion and $3.71 trillion. But Beijing’s refusal to allow market forces is the source of economic instability and distortions along with unsustainable imbalances within its domestic economy. Continuing on this course will be increasingly costly.

Pope Benedict XVI delivered his message for peace day that included a call for a new economic model & “ethical regulations” of markets.

His competence as a biblical scholar & his expertise on Church doctrine may be unquestioned. But one has to wonder how he missed one of the greatest shifts in the history of mankind that took place in the late 20th Century & up to now … ?

Has he not heard of the failed social experiments in the Soviet Union or in Mao’s China. And what about the moribund economies of European welfare states that threaten to underwrite the same stagnation of the US economy … ?

His comments show that he accepts the canard that the global financial crisis offers evidence of the failure of capitalism. Equally troubling, he suggested that markets do not protect the weakest members of the community.

Whatever the rhetoric of Statists that support government regulations & interventions in the name of the poor, there has been no greater friend of the poor than the recent wave of globalization that lifted 1/2 billion people out of poverty. Capitalism, NOT the welfare state, performed this miracle.

While governments may not have interfered with the spread of globalization, few saw it as the greater force for the lessening of poverty in the history of man.

In his missive, Pope Benedict also issued a condemnation of something that the world has never actually known, “unregulated capitalism”:

” … the prevalence of a selfish & individualistic mindset which also finds expression in an unregulated capitalism, various forms of terrorism & criminality.”

Ignoring the extensive web of government regulations overseen by domestic & international functionaries that prohibit or control so many aspects of life requires an amazing, perhaps willful, blindness to reality.

Do you care about economic & financial stability … ?

If so, you should always shudder in horror & disbelief when central bankers use words like “unlimited” or “do whatever is necessary” … !

Should you be worried about economic & financial stability … ?

Well, the unconventional monetary policy pursued by the European Central Bank (ECB) is a cause for deep concern. For its part, the ECB has expanded monthly asset purchases to amount to €60 billion worth of bonds issued by euro area central governments, agencies and European institutions & plans to continue until at least September 2016.

Ignoring the failure of similar steps taken in the UK, Japan & the USA, the ECB added sovereign bonds to its existing private sector asset purchase program in hopes that its actions will stimulate economic growth where it failed elsewhere.

The ECB is purchasing bonds issued by euro-area governments as well as those of agencies & institutions of the EU in the secondary market using central bank money.

Although key ECB interest rates are at their lower bound, artificially-cheap credit has not induced more borrowing to expand economic activity in manufacturing or small businesses.

You are right to be worried that Mario Draghi believes that ex nihlio creation of bit of colorful paper will be a substitute for the actions of entrepreneurs to engage in sustainable investments based on economic fundamentals.

Be afraid; be very afraid. Our economic & financial future is in the hands of MadMen.